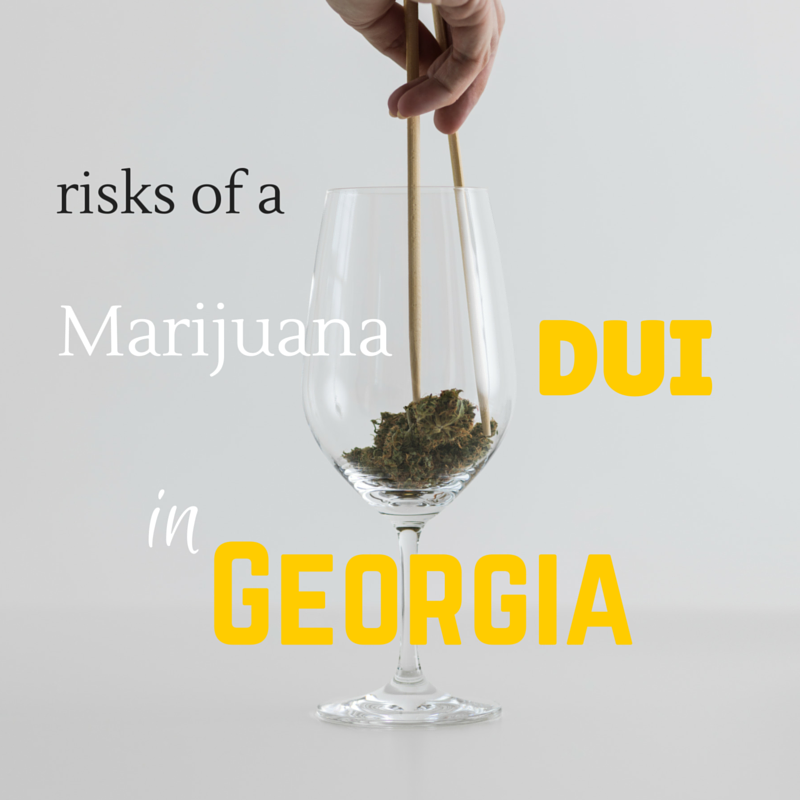 The recent changes in legality of marijuana possession and use around the country have created a lot of very interesting cases. For example, if you travel to Colorado, you will be able to legally buy and consume marijuana recreationally or for medicinal use. In Georgia, though, possession and use of marijuana for any reason are still illegal. What happens, then, if you are pulled over on suspicion of a marijuana DUI when you have not recently smoked any?

If a police officer suspects that you have been smoking marijuana – because they smelled it from another vehicle, because they profiled you and thought you seemed a likely suspect, or for any other possibility – they will look for a reason to pull you over. Even if you have not been driving erratically, they may pull you over, and when you roll the window down, they may claim to smell marijuana.
​

Unfortunately, if you don’t know your rights and you’re not familiar with the laws surrounding marijuana DUIs, you may think that there is no hope for your case if this happens. Unlike alcohol, you cannot submit to a breathalyzer test to prove that you are not high. And, unlike alcohol, THC does not leave your system after a few hours. In fact, it can take weeks for all of the traces of THC to leave your system

In fact, because marijuana is still illegal in Georgia, there is no set limit for how much marijuana can be present in your blood stream for you to legally drive. If, for example, you have recently returned from a trip to Colorado in which you legally smoked some weed, you may think that you are in serious trouble if you submit to a blood test in Georgia a few days later.

At Thomas, Webb, and Willis, LLC we have years of experience defending people from DUI marijuana charges, and we can use that experience to help you, potentially getting your DUI charges dropped completely. After the cop has determined that you are likely driving under the influence of marijuana, he will arrest you and have you undergo a blood test to confirm the marijuana in your system.

One of the unique things about the state of Georgia is that the lab typically does not check the blood for active metabolites from marijuana; the lab only checks to see if there are any traces of THC at all. This represents a big problem. After smoking marijuana, a person will have traces of THC in their body for several weeks; however, this THC will no longer be active or impairing them in any way. When Georgia labs only check for metabolites, but don’t check to see if they are active or inactive, they have no way to prove that your smoking was recent and as affecting you at the moment you were driving.
Positive blood tests do not mean that your case is over, and that you have lost. The police must prove that not only was there marijuana in your system, but that it was actively impairing you. In addition, field sobriety tests were not designed to test for marijuana impairment, and do not concretely prove that you were impaired. With an experienced DUI attorney, you can mount this type of defense and fight the conviction.

Have you been wrongfully accused of a marijuana DUI? Call Thomas and Willis today for a free consultation at 404-250-1113.