What Happens after a DUI Arrest? 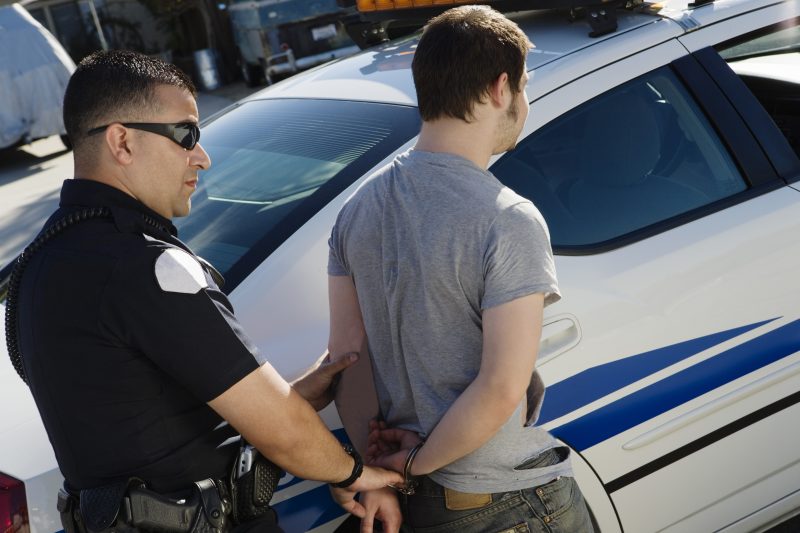 This is a summary of what usually happens after a DUI
arrest in Georgia. Remember, if you have any questions please contact one of our attorneys.

After a DUI arrest, your first concern is to get out of jail. Generally to
get out of jail you will need to post a bond (for DUI cases it’s usually
less than $2000.00). A bond is simply a sum of money held by the county or
municipality that arrested you and used to insure you return for court.
Bonds can be paid through a bondsmen who for a fee (generally around 15% of
your total bond amount) will put up the remaining bond for you.
Alternatively you can put up your entire bond amount yourself (many jails
will accept credit cards). There is no fee for this type of bond and you
will eventually get full credit for the amount you paid after your case is
concluded.

Once you have paid your bond and been processed by the jail, you will be
released. Thereafter you must appear for every court date or have an
attorney represent you. Failure to appear will result in your bond being
forfeited and the court will issue a warrant for your arrest. In most
jurisdictions you will be given an arraignment date either on your ticket
or through paper work provided by the jail. It’s a good idea to secure an
experienced DUI attorney before your arrangement date to begin
investigating your DUI case and protect your driver’s license.

An arraignment is your initial appearance in court to address your charges.
You will be asked to enter a plea, either guilty or not guilty, at that
time and the time limits for filing any motions in your case begin on that
date.

The time you must appear, the court you have been assigned to and the
location of that court should be either on your ticket or somewhere in your
jail paper work. If you have retained an attorney, they can handle this
initial appearance for you. An attorney will use this initial appearance to
file for discovery and also a variety of motions to contest many aspects of
the case against you. Arraignment is a very important step in the process
and you should be represented at this stage.

Following your arraignment your attorney will, through discovery motions
and independent investigation, obtain all the pertinent evidence in your
case. Discoverable information can include: police and accident reports,
police officer’s POST and internal records, arrest DVDs, jail DVDs, breath
and blood testing equipment records, 911 tapes, CAD reports as well as
records of the personnel who tested you. In addition your attorney may
investigate any medical conditions you may have or prescriptions drugs you
may be taking to see if they could have impacted your performance on any
field evaluations or on a breath or blood test.

Besides the criminal DUI prosecution, you may also be faced with an
administrative suspension of your driver’s license even before your case
goes to court. If the arresting officer gave you a document entitled
“Notice of Suspension”, they have initiated an additional administrative
suspension against you. This suspension can be for as little as 30 days or
as long as one year if the officer claims you refused a test. To avoid this
suspension you must take action within 30 days of arrest. Provided you have
hired an attorney within this 30 day period, they can stay the suspension
and get a hearing set to contest the suspension. This hearing will be set
within approximately two months of your arrest.

Your attorney will likely file motions to exclude or suppress some or all
of the evidence against you in your DUI case. These motions can involve
constitutional issues or simply the failure of the arresting officer or
testing officer to follow correct procedures. Generally a court will
schedule an evidentiary motion hearing to consider the strength or weakness
of the evidence and arguments presented by both your lawyer and the State’s
attorney. If your attorney is successful at the motion hearing the judge
may suppress much of the State’s evidence. Sometimes enough evidence has
been excluded at the motion hearing that the State cannot go forward with
the original DUI charge and the case is concluded without having to go to
trial.

If your case was not resolved at the motion hearing, you may wish to
challenge the State’s evidence at trial. Trials come in two types: Bench
trial before a judge and Jury Trial before a panel of six citizens (or
twelve citizens if the case is charged as a felony). In a Bench Trial a
judge decides your guilt or innocence; in a Jury Trial your fellow citizens
decide your guilt or innocence and the vote must be unanimous. At the
municipal court level you can only get a Bench Trial, to get a Jury Trial
you must move your case to a State or Superior Court. This is a very
important decision and requires knowledge of the attitudes of local
municipal court judges and whether you may face stiffer penalties at the
State or Superior court level. Get the help of an experienced DUI lawyer
before making this critical decision.

At trial your attorney will have the opportunity to help select a jury,
make an opening statement attack the State’s evidence through cross
examination and present any evidence favorable to your side. Finally your
lawyer can deliver a final agreement summing up the weakness of the State’s
case and the strengths of your case. All of these are important steps and
require years of training and experience to fully utilize. Make sure you
have the right attorney to refute the State’s case and present your side of
the issues.

At the conclusion of your trial the Judge or Jury will render a verdict for
each of your charges: guilty or not guilty. The case is over for each of
the charges for which you are found “Not Guilty”; the State cannot retry
these matters. If you were found guilty on some charges, the Judge (even in
a Jury Trial) will then determine your punishment for these charges.

A Judge will impose a sentence following a conviction at trial or if your
entered a guilty plea to some of the charges. If your convicted for a DUI
your driver’s license will be suspended (the period varies based on the
number of prior DUIs you have had). Additionally, sentences may also
include fines, DUI School, drug and alcohol evaluations, and jail time and
community service.

Judges have wide latitude in what sentences they can impose. Besides
representing you at motions and trial, an experienced DUI attorney can
mitigate your punishment. License suspensions can be converted into limited
driving permits, jail time into house arrest or drug and alcohol counseling
and fines and community service can be reduced.

If you are convicted, you have the right to appeal. You should get the help
of a DUI lawyer who is experienced in both trial and appellate work to help
you appeal your case. It is important that issues be persevered for appeal
at both the motion hearing and trial. Make sure that your attorney
understands these appellate issues and how to correct any errors made by
your trial judge. Select an attorney that has personally done appeals and
not just hand them off appellate work to other lawyers.