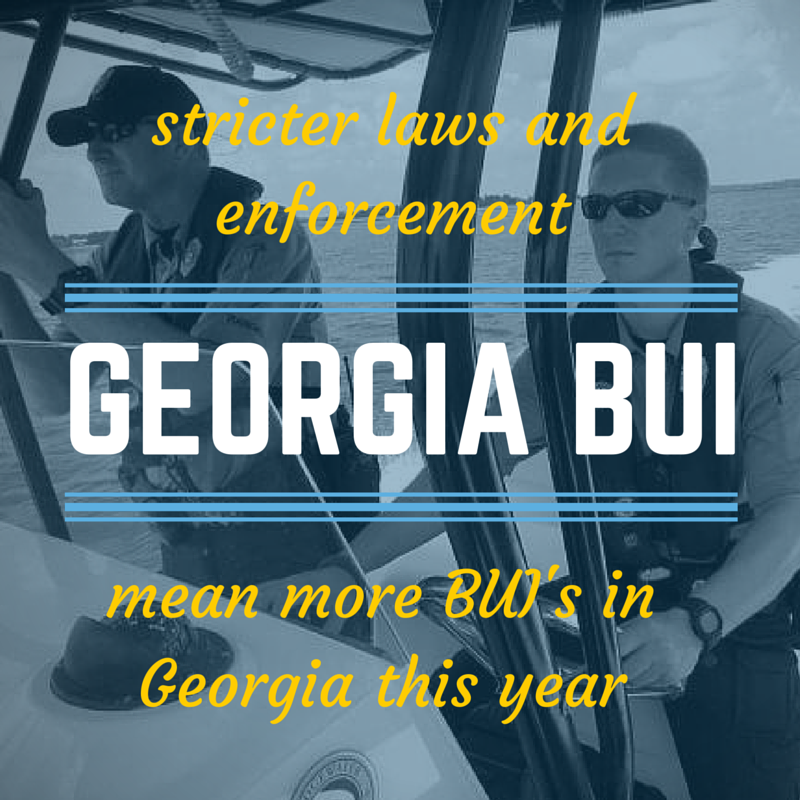 When you say the letters D-U-I, everyone knows what you’re talking about, but fewer people are aware that BUIs are also a common offense in Georgia. People operating boats on Georgia lakes and rivers while under the influence of alcohol and other drugs have caused numerous accidents over the years, and recent Georgia legislation, more patrols, and stricter enforcement have all been put in place to increase safety for people enjoying a day out on the water.

Thanks to increased efforts on the part of the Georgia Department of Natural Resources, the state reported fewer accidents this year than it did in 2014 and years prior. However, if you’re planning on heading out for long weekends on the lake next summer, you should be aware that the Department of Natural Resources credits the decrease in boating accidents this year to an increase in arrests for people boating under the influence of alcohol and other substances.

Because stricter laws and more enforcement have seemingly worked to bring the accident rate down this year, you can expect the same level of enforcement and patrols throughout the boating season next year in 2016. To ensure that you are operating within the laws, you should know that anyone born after July 1,1998 must now take a state-certified boating safety course before operating any vessel. Furthermore, the same course is required for any person seeking to rent a boat with a 10-horsepower or greater engine. And anyone under the age of 13 must be wearing a life vest at all times when on any boat in operation.

If you were not already aware, the legal limit for alcohol consumption when operating a watercraft is the same as the legal limit to operate a car or truck. If your BAC is more than 0.08, you can be arrested for, and charged with, a boating DUI.

All that said, the state has recently declared it legal to have open containers and to consume alcohol while tubing or operating an inflatable raft. Essentially, local lawmakers want to clarify that “floating” while under the influence is legal, but “boating” is not. However, if a raft or homemade flotation device has an engine or motor, the person operating it may be convicted of a BUI, as rafts must only be manually operable by a person’s legs, feet, arms, or hands.

If you’ve been charged with a BUI or you are concerned that you might be in danger of getting one, call Thomas, Webb, and Willis today at 404-250-1113 for a free consultation.