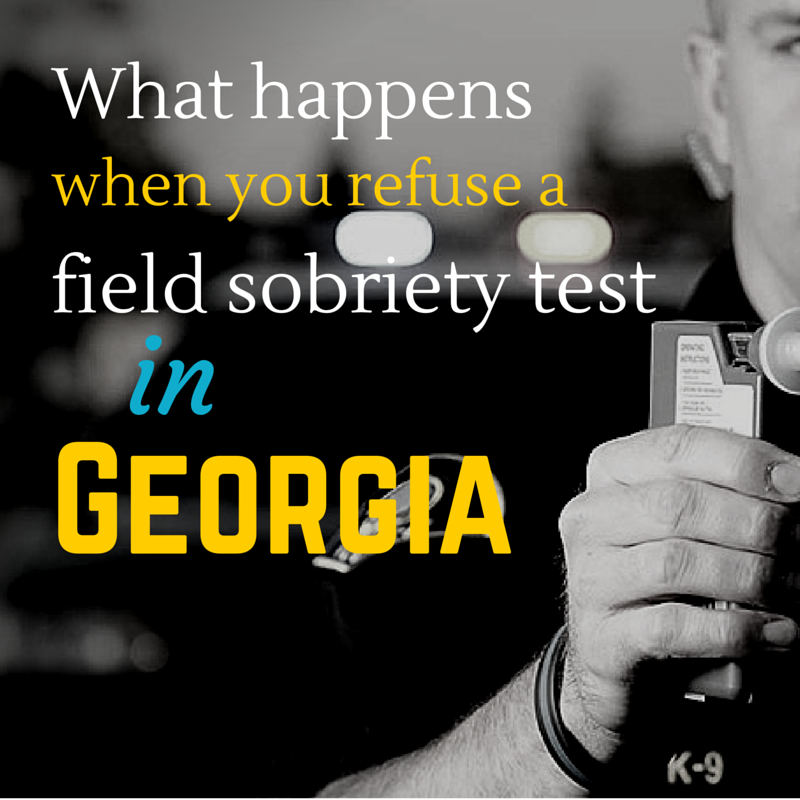 If you are pulled over on the suspicion of driving under the influence, the officer will ask you to perform field sobriety tests and to take a preliminary breath test. Following the results of these preliminary tests, he or she may arrest you and take you for an official breathalyzer or blood test.

What most people don’t know, but we at Thomas & Willis are here to tell you, is that you are under no obligation to take these tests. We’re here to help you understand your rights throughout the whole process, as we know understanding them can be instrumental later in fighting your DUI charge.

Field sobriety tests are the subjective tests that the officer will likely ask you to perform, including standing on one leg, touching your nose with your eyes closed, and walking a straight line, amongst others.

You have every right to refuse these tests. The officer cannot punish you for refusing them, so you should not feel pressured to perform them. In fact, if you have recently been involved in an accident or inherently have bad balance, it may be a good idea for you to refuse the tests.

Refusing the field tests does not automatically get you out of trouble, however, if the officer still believes you are intoxicated or under the influence of drugs, he or she will likely arrest you anyways and take you to perform an official breath or blood test.

Implied consent laws in Georgia and other states are based on the idea that by driving on state roads, you have agreed, in advance, to take a chemical test to detect the presence of drugs or alcohol in your body.

If you’re charged with a DUI, the arresting officer is required to read you Georgia’s “implied consent notice,” informing you of the requirement to submit to testing, of the penalties if you refuse, and of your right to request an independent test. After you’ve been read these rights, the officer must ask whether you consent to the test designated by him or her.

If the arresting officer fails to do either of those two things, your test results will likely be inadmissible in the court of law. Your results may also be inadmissible if you do not voluntarily consent to give breath or blood, following this notice.

If you refuse testing, more than likely you will not be forced to take one – unless a warrant for your blood is obtained.

Again, you have every right to do so, but this time, refusal comes with consequences. For one thing, the fact that you refused can and likely will be used against you in court: the prosecutors may frame it as you had something to hide. In the meantime, your license will be confiscated, and you’ll be issued a 30-day permit. You could face a full one-year suspension, but we’ve been able to help most of our clients avoid this.

And perhaps most importantly, refusing to take a test does not guarantee a not-guilty conviction — but it does make it more difficult for police and prosecutors to obtain a guilty one. Without a blood or breath test, the state must take other roundabout measures to prove you were impaired while driving.

For more information on what to do if you are pulled over for a DUI, or if you have recently been charged with a DUI or DWI, call the Law Office of Thomas & Willis at (404) 250-1113 for a free consultation.

“Busted for a DUI: What Usually Happens? And What Are Police Allowed to Do?