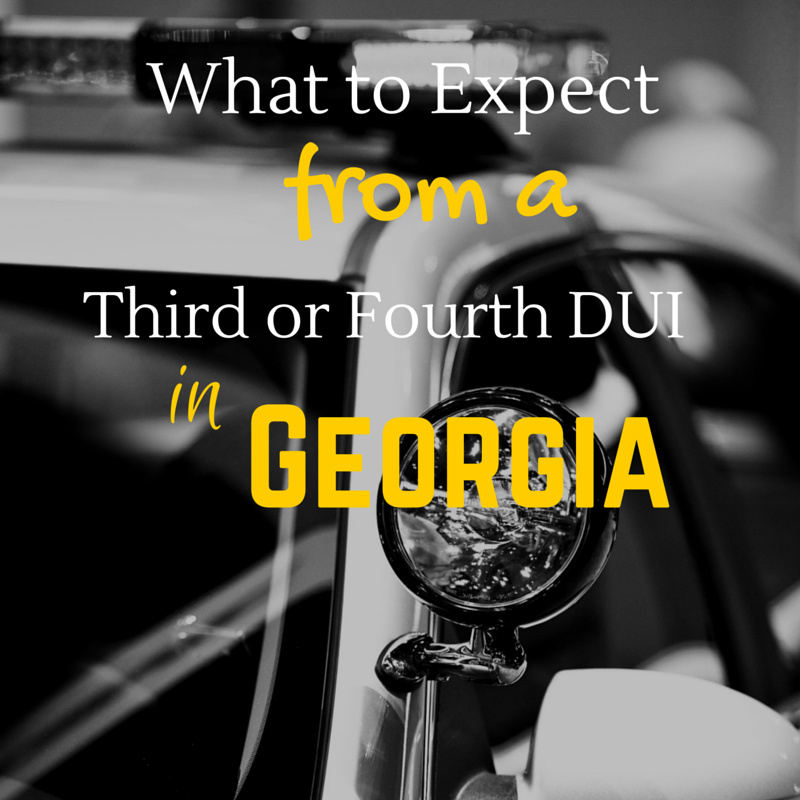 A fourth offense conviction will likely result in an indefinite revocation of your driver’s license, and in both third and fourth offense cases, when your driving privileges are reinstated, you will be required to have an ignition interlock device installed in your vehicle to ensure that you do not drive under the influence of alcohol again.

These are, of course, only some of the administrative consequences, not the criminal consequences. If you are convicted of a third DUI offense within ten years of your first offense, the criminal penalties will include but may not be limited to:

A fourth offense will include these penalties, but the jail time will generally be between one and five years, typically served in a state prison, and the offense may be prosecuted as a felony instead of a misdemeanor.

​FIGHTING A THIRD OR FOURTH DUI

If it cannot be proven that you were intoxicated or that you had open containers of alcohol or other intoxicants in your vehicle at the time that you were pulled over, you cannot be convicted for a DUI. For this reason, it is typically best not to submit to a field sobriety test.

You will likely still be arrested, and you will be asked to take an official sobriety test in the form of either a breathalyzer test or a blood test. If you refuse either of these, your license will automatically be suspended and you may still receive the same penalties you would get for a DUI offense. You will, however, have the chance to fight the charges brought against you, whether you submit to a test or not.

If you’re facing a third or fourth DUI offense, you need to talk with a qualified Georgia DUI attorney today. Call Thomas, Webb, and Willis today for a free consultation at 404-250-1113</a.